Sofa Before and After...and After 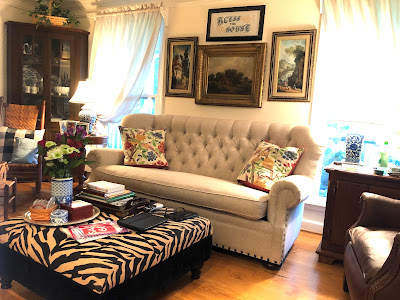 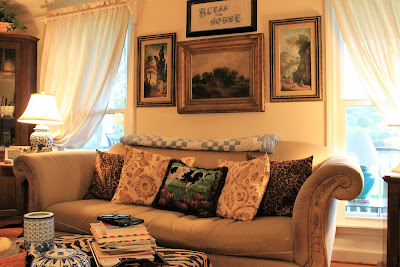 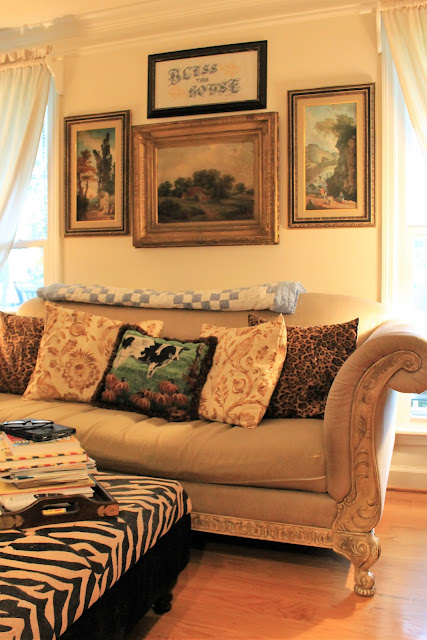 I would find one I liked and search for it, only to find that the model had been discontinued.  Or I would find one mentioned or featured in a blog post only to find that it was way beyond what I had hoped to spend.  During the last few days when my team and I were working, I mentioned my dilemma during lunch one day and pulled up examples to describe my ideas to my friends.  Luckily, my friend, Stacy, was listening and kept her eye out for me.

I had been working on my closet project - more about that later - and had fallen asleep on the old snuggly couch.  So, when I awoke and saw her text message with photos of one that was beautiful and fit in with almost every single criterion, I immediately sent her a text message even though it was in the wee hours of the morning!  See the photos she sent me below. 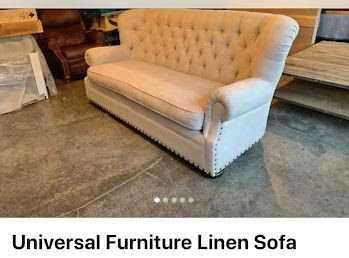 When the sun arose, she responded with more information about the beautiful option she had run across and I contacted the seller.  I learned that it retailed for $3900 before it was discontinued and it was being offered for less than a fourth of that price.  After several messages back and forth, I made a thirty minute trip to sit on it and inspect it and the couch became ours!  The young couple delivered it and even helped my bonus son, Stephen, to lift it into the house and put it in place in our den. I immediately set about settling her in and poofing it to suit.  When I had time to research, I found that it is the Maxwell Sofa by Universal Furniture and is upholstered in Belgian linen.  The frame is milled kiln-dried solid hardwoods and the cushion is a down blend and has nailhead trim. 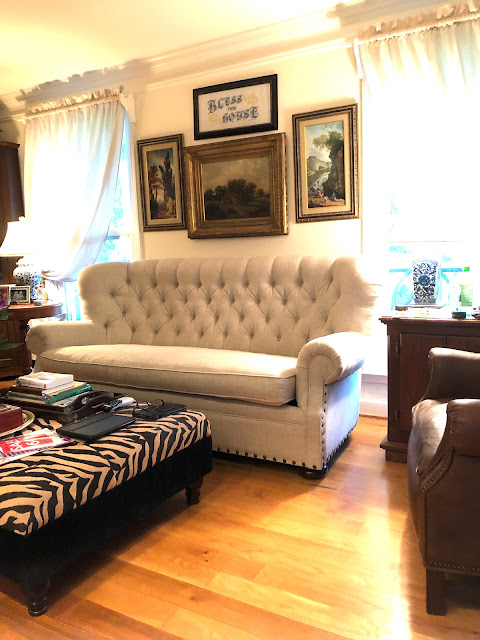 There was one slight problem.  Rosie, my robotic vacuum cleaner could not clean beneath it.  I had sort of dreaded all the cleaning that would be needed after I had committed to buying the sofa as I was mid-project in another area of the house.  Yet, when Mike and I moved the old couch out so that I could donate it locally, I was so pleased that very little cleaning would be required.  There was only one little cobweb and a wee bit of crud in one little spot but the rest of the area was clean as a whistle! 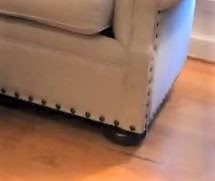 After being so pleased with the job Rosie does, I realized that this was a problem that could easily be remedied.  Recently, Karianne, over at Thistlewood Farms posted about updating an outdated chair.  So, I knew this would be a simple problem to solve.  The short round bun feet attached could easily be screwed out and new feet screwed on. 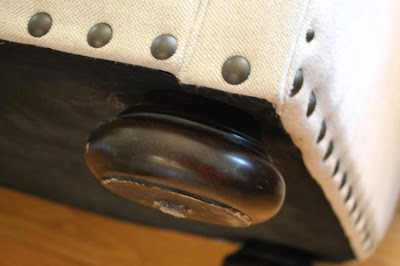 However, I didn't realize just how many choices in new legs there actually are.  There are all sorts of shapes and heights and colors available.  Finally, I decided to stay with something similar to what was already attached and simply add a little height to the new sofa.  So, I landed on these. 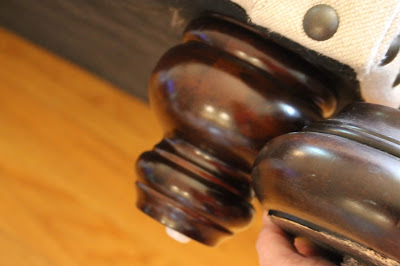 Rosie needed about an inch and a quarter to slide easily underneath the new sofa and keep the floor clean like she had with the previous one.

The new feet added about an inch and a half in height.  So, Rosie slides easily beneath and keeps things clean and beautiful!  Yet the sofa is not too tall to sit on and is easy to rise from. 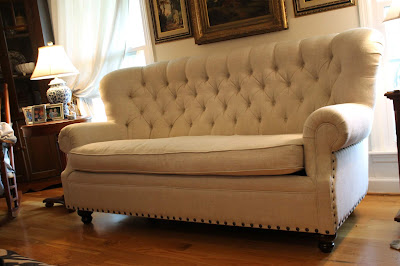 Mike and I have both tried it out for napping and I even slept on it for most of the night one night when my back was giving me problems.  The seat cushion is firm and seems to provide that extra support. 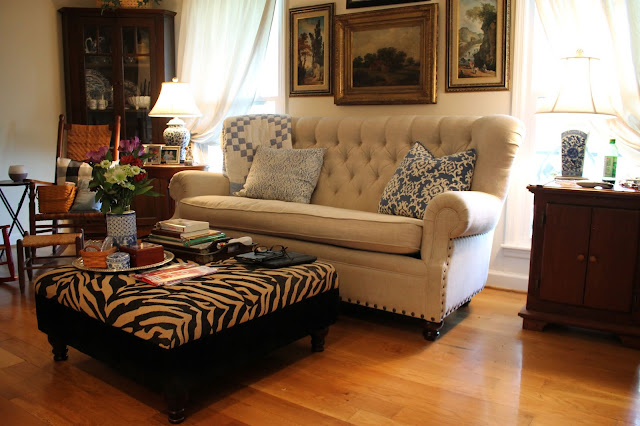 We couldn't be more pleased and the before, after, and after changing out the legs on it makes it even more perfect!
Posted by Beverly Noland Ozburn at 6:00 AM