Nope.  This isn't a post about that TV program that shows and explains how things are made.  It is truly a question.

You see, Mike recently got a new phone.

It is a smart phone.

That is a big deal.

You see, this is the kind of phone that he used for years. 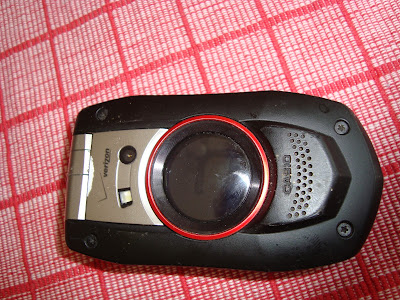 Oh, not the same phone year after year.  No, that wasn't the way it was at all.

You see, he is rather rough on phones and has used no less than five or six during the three years we have been married.

And each of these phones has been almost exactly like the other.  A flip phone that he is familiar with and can quickly snap open and talk on or take a quick little photo of a tomato and send it to Bryan as a taunting text message or something like that.  One of these phones...

A couple of them were silver colored.  One of them was orange.  The one shown above is a manly, rough-and-tough black.  And he likes to carry it clipped to his belt in a nice leather case.  Again, something manly and rough-and-tough looking.

Well, a few months back, half the screen on his phone went black somehow.

You see, this isn't the first time he has had a phone to just mysteriously develop some quirky problem like that.  Thus, several phones over a short three-year period.  Well, the quickest, most economical fix was for him to use the phone I had set aside a couple of years ago when I upgraded to a smart phone.  He carried it even though Stephen told him it was a 'sissy-phone.' 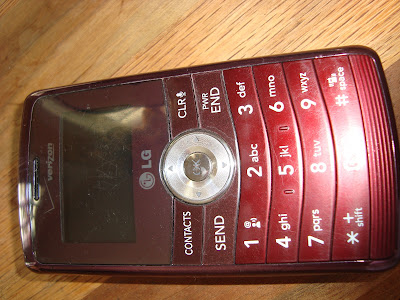 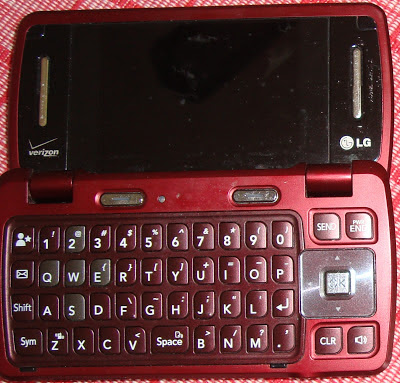 Then, somehow this phone started having issues.  He could only hear an incoming call if it was set to speaker.  Another phone biting the dust.

Plus, when Mike acquired an email account and joined the twenty-first century entered the world-wide-web, he needed to move up to a smart phone.  Look out techies!

Of course, Mike also needed a new case for this smart phone because those models have a reputation for being a bit more fragile than his former flip phones.  So, after an Amazon browse and about forty dollars and three days later, he had a new Otter Box and belt clip for his phone.

The case is a manly orange and camouflage and black and tough.  He has bragged about dropping it (accidentally, of course) on the concrete floor of the warehouse right beside his lift truck and it bounced but didn't break.  Yet, after only a month, I get a call asking me to track down a new clip for his manly phone and case because somehow his has broken.  Yes, this tough accessory that came to us in a package labeled 'the defender' has been broken somehow.

Like any good wife does for her man, I searched online and found a new clip for an inexpensive price and ordered it.  Plus, I stumbled across astutely discovered a bargain on a recent jaunt to the local Goodwill!  I found a clip (which was a story for another day) just like the one which had come in the mail (for $6 plus free shipping - bargain!) at the local Goodwill for $2.  What a deal!  So, you see, now we have a back-up just in case the manly phone clip thingy somehow gets broken.

How do they do that?
Posted by Beverly Noland Ozburn at 7:00 AM