I warned Mike when we put in the new driveway that we were going to have to do a little sprucing up on the front side of the house and around the porch since people would be driving right toward it each time they came in the driveway.  So, soon we had a landscaper come in and trim up the shrubbery.  The paint on the railing was flaking off and looking rather worse for the wear.  So, we called in a painter.

One afternoon, Mike and I used a short pry bar and the rails easily pulled the rest of the way away from the porch.  Then, he pushed on the posts at the foot of the steps and fairly easily got them loose enough to pull up and load into the back of the ATV.  We debated on leaving it with no railing leading up the steps because we liked the open, clean look.  Then, we talked about how it could be a safety hazard and we are easing toward our sixties.  So, that lead to us knowing that we needed some sort of railing.

Mike talked to a couple of folks and learned that a young man who lived nearby made and installed metal railing.  Soon, we learned that the young man is my first cousin, Michael!  So, Mike called him and asked him to come measure.  We scoured the internet for photos of the look we wanted and sent him a text message showing him what we were wanting.  So, in a couple of weeks we will have new railing leading up the steps!  In the meantime, the painter has come and spiffed up the porch rails and posts and we have a clean new look.

Below are some pictures that we used for inspiration in painting the porch railing.  I liked the idea of having the top rail a dark color.  Mike wasn't so sure about it but trusted me enough to go with it. 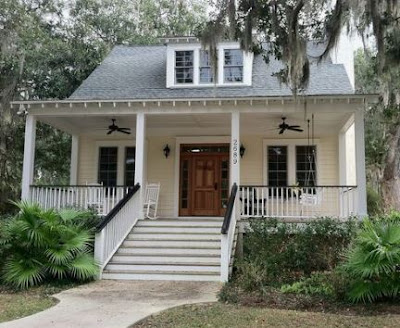 The link I'd saved to Pinterest was no longer good but this was called: The Sumter - Allison Ramsey Architects. 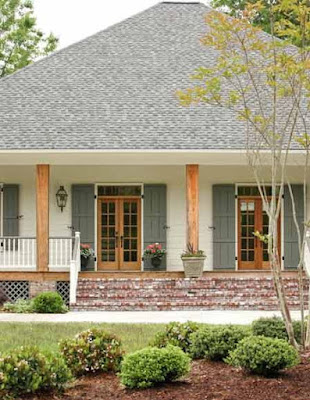 Local legend says that Charleston Green, a green so deep it looks black, came about after the Civil War when Union troops sent buckets of black paint to help rebuild the decimated town. Colorful Charleston residents couldn’t bear the thought of their Holy City being painted government-issued black, so they tinted the paint with yellow and green, creating Charleston’s signature greenish-black accent color.

I've always thought of myself as a rebellious southerner, so Charleston Green became the color I opted for on our top porch rail.  I think it ties in the shutters and roof and really makes the house look polished and southern. 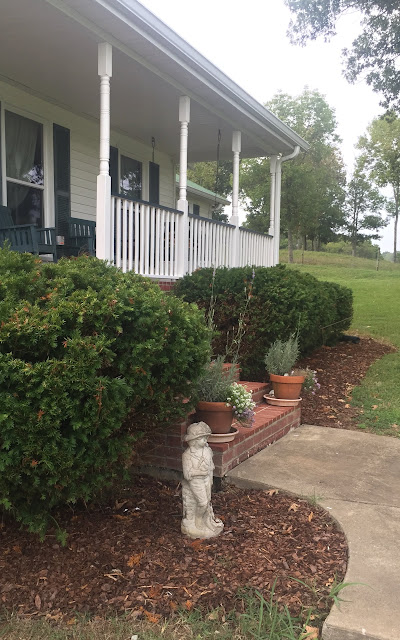 As I was scouring the internet looking for railing for the steps, I saw a few houses which had the top rail painted a dark color. 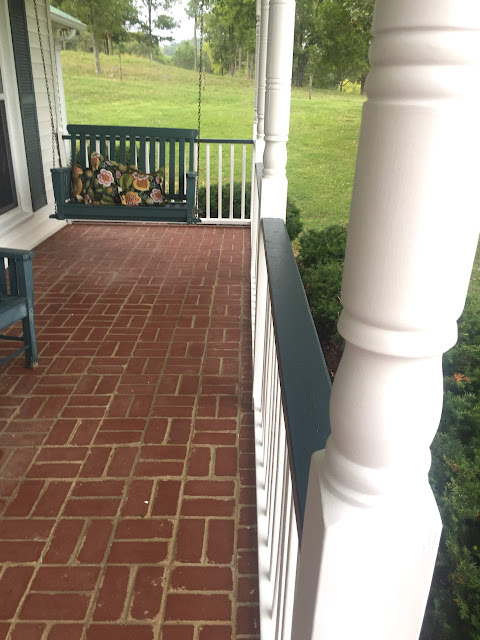 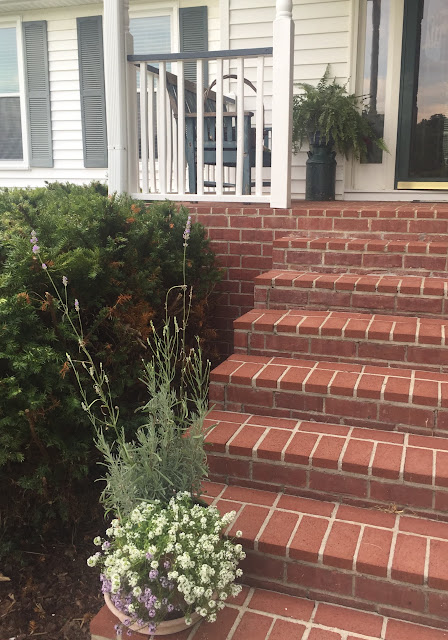 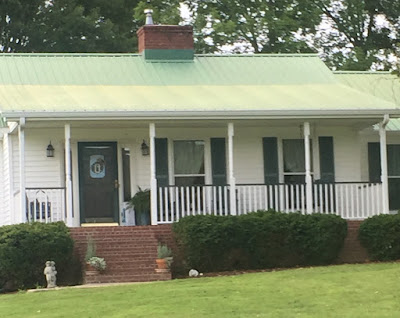 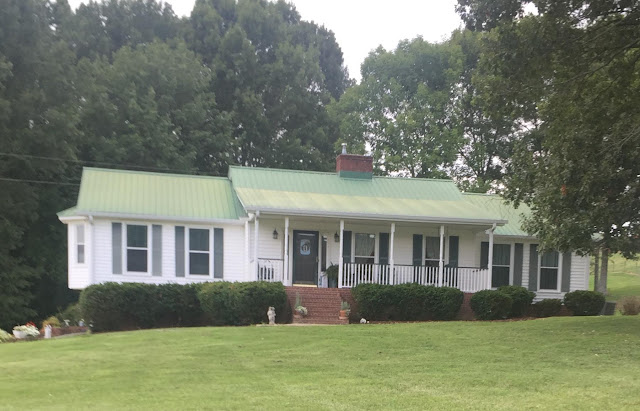