Boys and Girls of Summer - Part 3

"Grand B, that circle is where you go to practice your swing before it is your turn to bat." I learned this from Luci a couple of weeks ago.  You see, she has officially become one of the Girls of Summer. 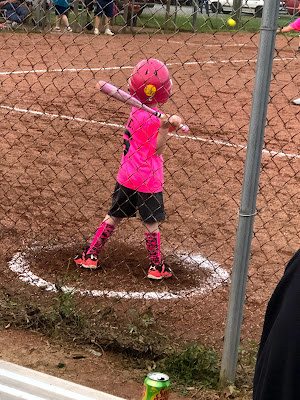 Practice her swing she did at that first game, too.  She was serious about it.  Watching the coach and swinging every time he pitched it to the batter in front of her. 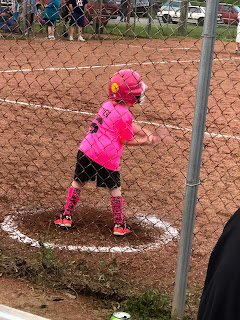 She was getting ready and she was planning to be a force.  She was determined to hit the pitch from the coach and did not want to have to hit the ball off the T! 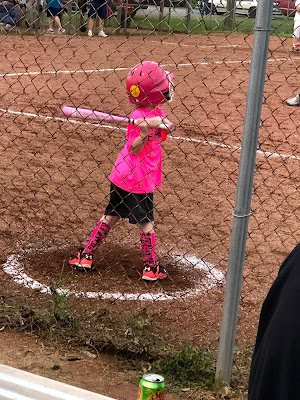 Then, when it came her turn to actually step into the batter's box and put her practice to work, there was a little bit of a deer-in-the-headlights look on her face.  Not for long, though! 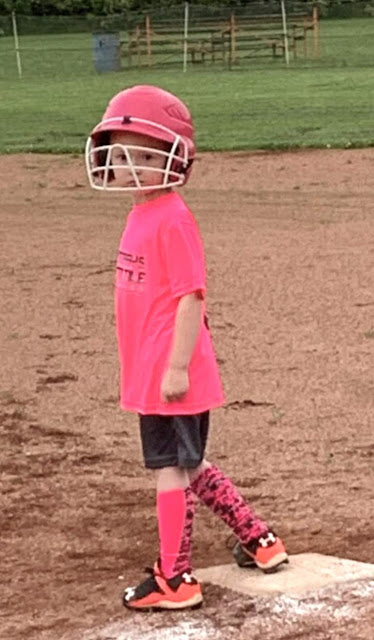 Running the bases is serious business and she was up to the task!  No slacking.  Just business. 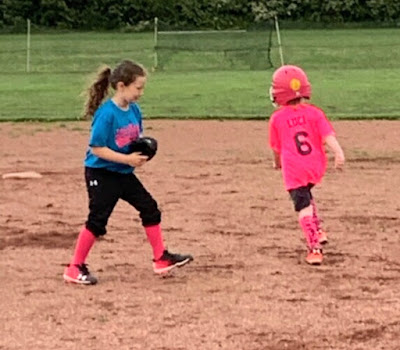 And at the crack of the bat, off she ran!  She was so glad to make it all the way around and score! 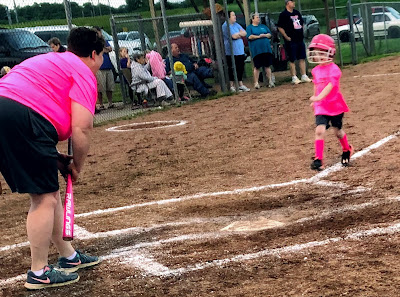 I think her coach was pretty excited as well!  Both of them were grinning from ear to ear. 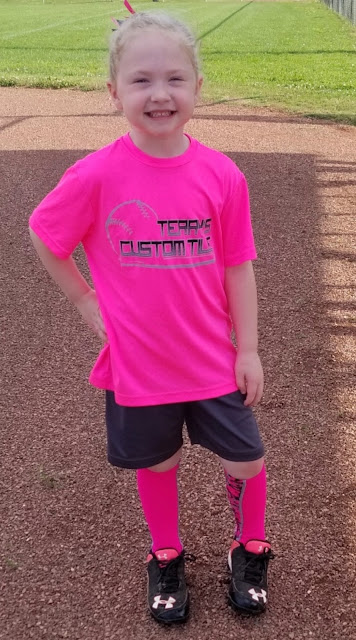 And the sassiness quickly returned to our Luci!  She truly is a force to be reckoned with both on the field and off! 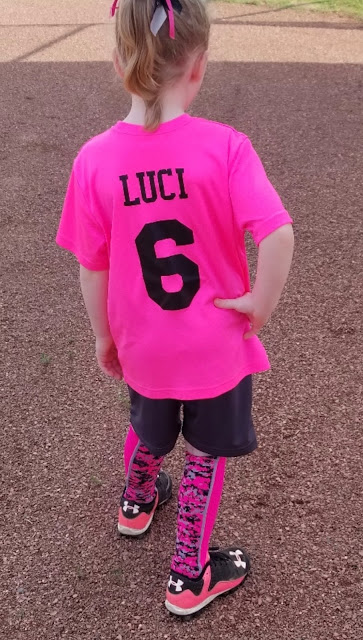 Luci wasn't the only number 6 to take the field that afternoon, though.  Her big sister, Lydia, did as well.  She started off playing defense in left field.  She saw a little action in the way of backing up the third baseman at one point.  Then, when the game was about half over, the summons was given and she stepped up to the rubber. 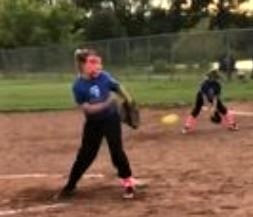 She takes her position seriously, too.  (I hate my cell phone photos are not more clear.  I was trying to video so I could share with Bridgette who had gone to coach Luci's team.)

She pitched a couple of balls.  Then, she put the ball in there and let her defense go to work.

She struck a batter out.  Then, she walked a couple of gals.  Of course, that called for a meeting on the mound. 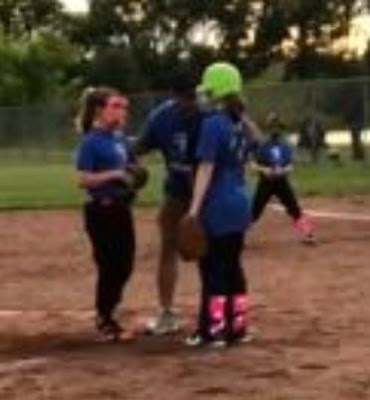 The coach's wife made some photos and shared them and I am so thankful, since I had left my camera at home! 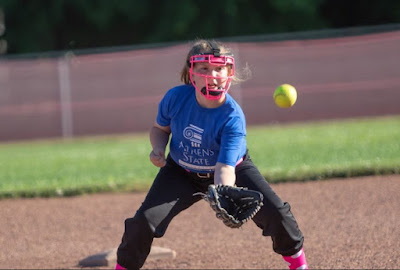 When you step over the chalk and onto the field, serious business takes place and she certainly looks like she is concentrating on catching the ball. 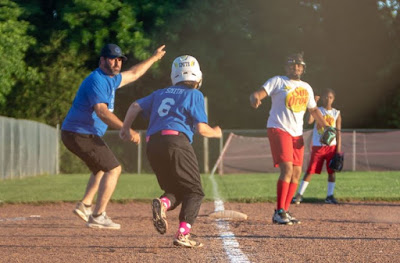 Hustling and running the bases is just as important and who would have thought that would be part of her repertoire?!  Looking at this shot, I can just hear the coach yelling, "Back!" 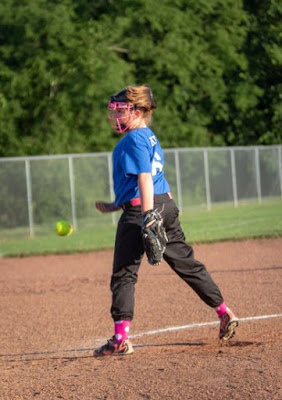 She concentrates and thinks about her form and her release point and if she strikes a batter out, that is call for a celebration.  After her first game, we were watching Luci's game and Lydia eased over beside me on the bleachers.  She quietly said, "Grand B, I got to pitch in my game."  I let her know I had seen it.  "I struck a girl out!" she told me.  I let her know I had seen that, too.  "When I did, I did a little dance in my head!"  she said! 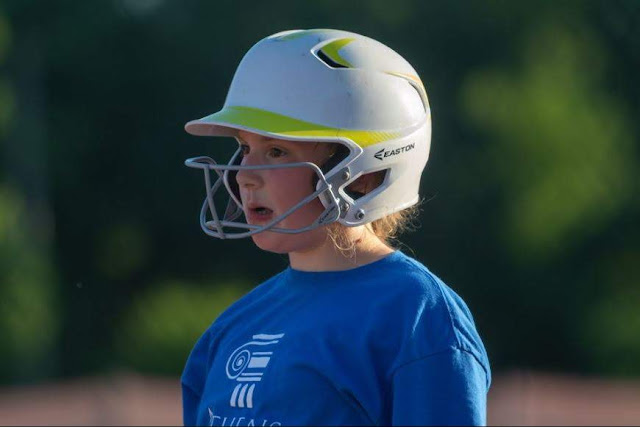 Ah!  The Girls of Summer!
Posted by Beverly Noland Ozburn at 6:00 AM