Saturday was a family clean up day. 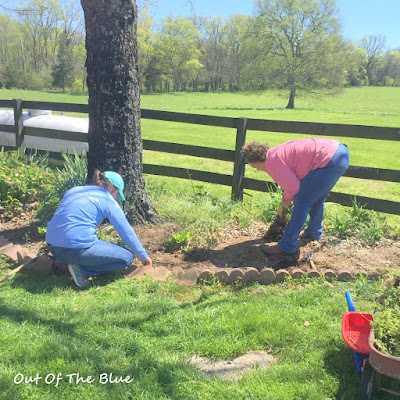 Bryan, Jessica, and Bridgette gathered at my Mom's house and dug in and cleaned the weeds out of the flower beds. 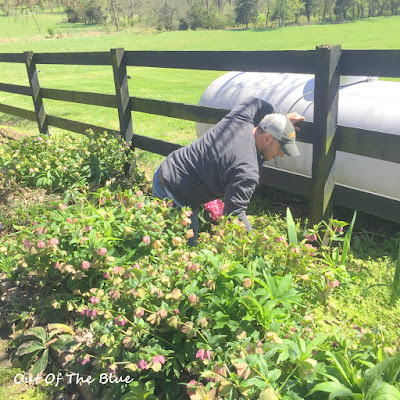 This one was the most dreaded one.  It had flowers blooming - Lenten Roses.  It also had lots and lots of weeds mingled in with some other perennials. 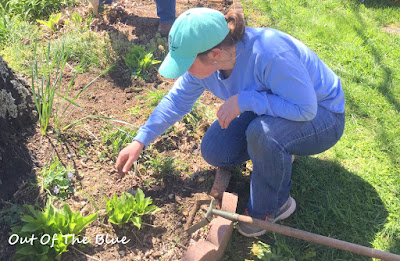 The girls attacked one side of the tree and Bryan attacked the other.  They stationed the little red wagon betwixt them and filled it full as they pulled bermuda grass and other pesky weeds.  Then, they would dump it into the back of the ATV and move on to the next spot.  I don't know how many times the ATV was dumped into a ditch there on the farm but I know that the greater part of the afternoon was spent pulling those weeds out of the flower beds which circle Mom's house. 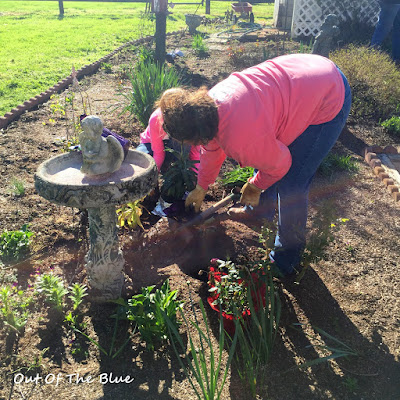 There were a couple of lilies, a miniature rose, and a Gerbera daisy which had been given to Mom to brighten up the house.  So, Bridgette and Lillie asked Mom where she would like them to be planted and space around the bird bath was selected but that is another story for another day.

After all the weed removal, Bridgette's husband, Corey, pulled in the driveway and asked what needed to be done next.  So, we pointed him to a strip of grass along the driveway that had not been cut this week and off he went to do some mowing. 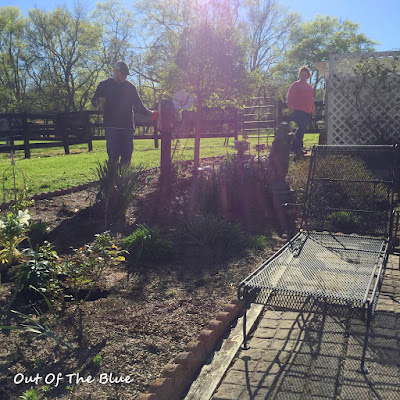 Since Corey took the mowing, Bryan sprinkled a bit of pre-emerge weed preventative to help keep their clean-out effective for a longer period of time. 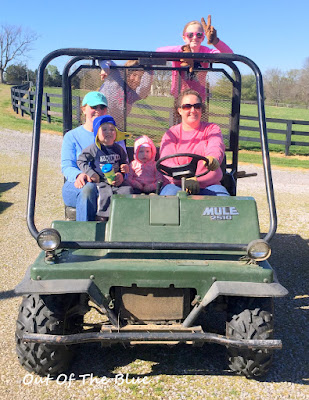 This crew needed to be clear of the area so that the wrap up could be done.  So, they loaded up and headed to the creek - well, the bridge across the creek, but that is another story for another day.

The interesting thing is that the afternoon's work is simply a jump-start toward having beautiful flower gardens and landscaping for the rest of the summer.  Plans were discussed for adding more mulch and there was discussion about fertilizer for the roses and the list goes on and on.  The best part of it all is that it was truly a team effort and there were smiles all around.
Posted by Beverly Noland Ozburn at 6:00 AM