I've taken a break from technology after the long holiday weekend.

It wasn't necessarily by choice.

You see, I've been a wee bit yucky with a stomach rebellion.

I think I'm finally getting back on track for real.

You see, I thought I was back on track earlier in the week and we spent the morning cutting grass at Mama's on a hot, hot day...

Today is much better, though, and I am confident that this time the old stomach is going to stay in check!

We did enjoy celebrating Independence Day in a big way, though! 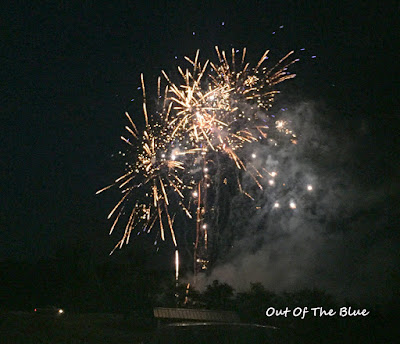 Sunday evening we went up the hill to our eldest son's home for a cookout.  Stephen grilled burgers, sausages, and hotdogs for our extended family and some of their friends.  Bonnie stirred together home-grown squash and onions, corn, and some baked beans.  Other folks brought a bowl or pan of sides to share and we feasted.  I took a batch of brownies and a large bowl of Jessica's Tennessee Caviar (recipe to follow later). 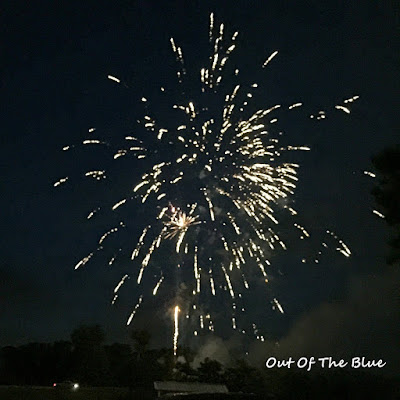 We chowed down and fellowshiped. 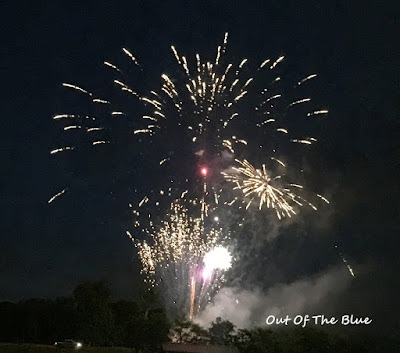 Then, Stephen and several of the guys trekked further up the hill to be pyromaniacs put on a fireworks spectacular! 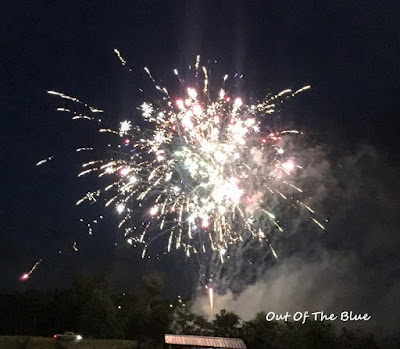 The show was beautiful and lasted a good 20 minutes or more! 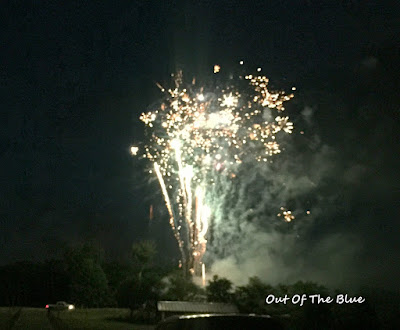 My cell phone photos in no way do justice to the beauty and awesomeness of the fireworks show.  I think it would rival any I have ever attended with the exception of maybe that of Washington D.C.

Somehow, I think the real show is probably one that could be best observed if sitting just to the left of the launch area.  See the headlights and outline of the pickup truck?  I've always wanted to be right about there to watch and listen to the action going on behind the scenes of the the night sky explosions.  I'd be willing to bet the scrambling and antics of those fellows lighting up the sky are just as entertaining!

Then, on Monday, I traveled over to celebrate with our other son and his wife's family. 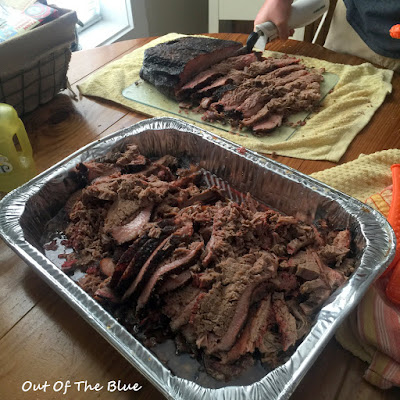 Bryan had slow-smoked a couple of Boston butts and a couple of briskets.  His efforts can be seen in the photo above as he is slicing up one of the briskets.  Jessica's aunts, uncles, cousins, and parents added all sorts of sides and desserts and her dad also grilled some burgers, dogs, and chicken breasts.  So, another feast was enjoyed!  This time I took a huge dessert bowl of Brownie Trifle (recipe to follow later).  There was really something for everybody to enjoy at both events despite the sweltering weather. 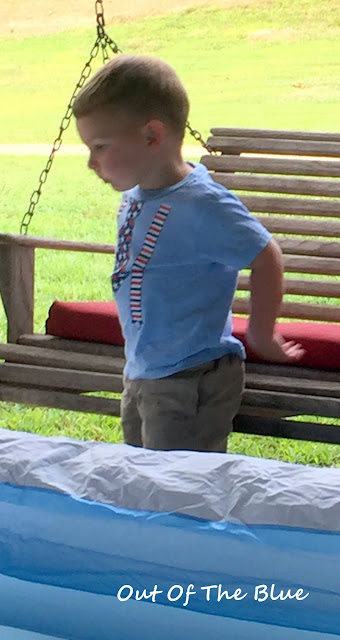 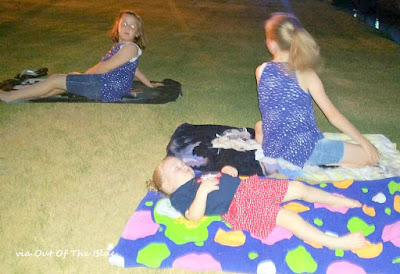 Meanwhile, near the Huntsville Space and Rocket Center, these girls enjoyed another fireworks spectacular!  Beach towels on the grass and a fireworks display - does anything else sound more like summertime fun?
Posted by Beverly Noland Ozburn at 11:03 AM