On a recent visit to my son's family, I was lucky enough to spend time at Jessica's folks.  They were celebrating Independence Day with a huge cookout.  Children of all ages enjoyed the water features as a way to stay cool and have fun.  Harris was right in the thick of things! 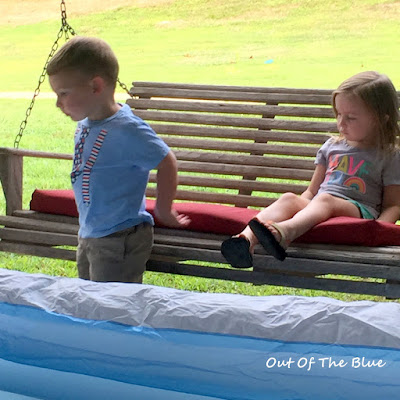 At first he was patient.  His curiousity guided him to watch the progress of the pool inflation.  He had to check out the air compressor and he patiently watched as his Daddy filled the rings to form the sides of the pool. 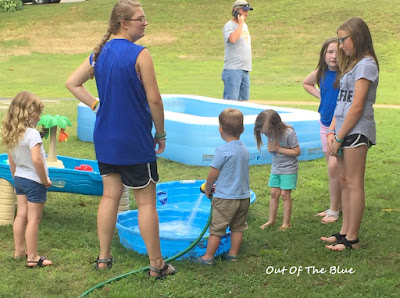 Then, he decided he should take part in the preparation.  You can see here that the girls stepped back and gave him the opportunity to do the hard work.  Or, maybe, they just gave in to let him hold the hose because he was the youngest.  Whichever is the case, everybody is still dry and patient.  The squeals and splashes shortly followed! 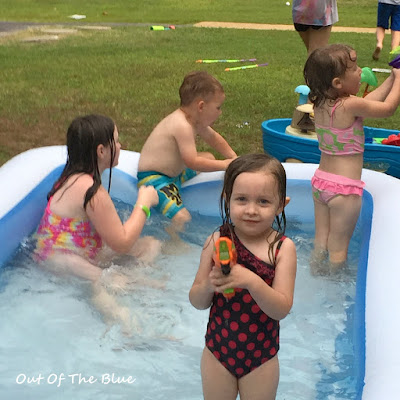 There was plenty of splashing going on!  Most of the children had some sort of squirt gun whether it be long tubes that would shoot water across the yard or a compact squirter that would reach only a couple of feet.  The little folks really seemed to enjoy wallowing and splashing in the pool while the older ones dashed from here to there spraying one another in a true cousin-water-fight fashion. 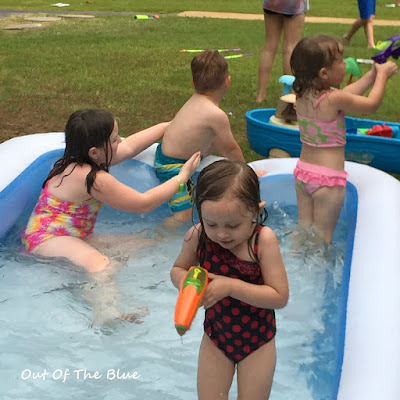 Don't let this photo fool you.  It may look like Harris's cousin is helping him out as he climbs into the pool but that really isn't the case.  See, the two of them would take turns sitting on the side of the pool and flopping back into the water.  Then, they would also take turns pulling one another under water with a splashing vengence!  She is actually getting ready to pull Harris in and dunk him under the water - mainly because he had just done the same to her. 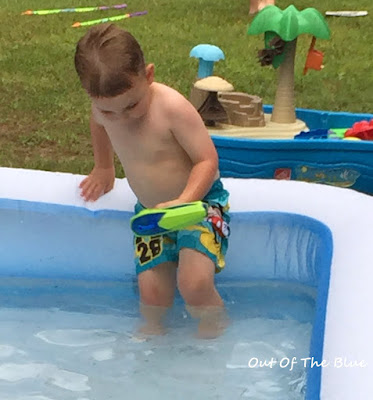 Soon, even the littles turned to the squirt guns.  You can see here that Harris is checking this one out and trying to figure out just how to make it be a tool for splashing fun. 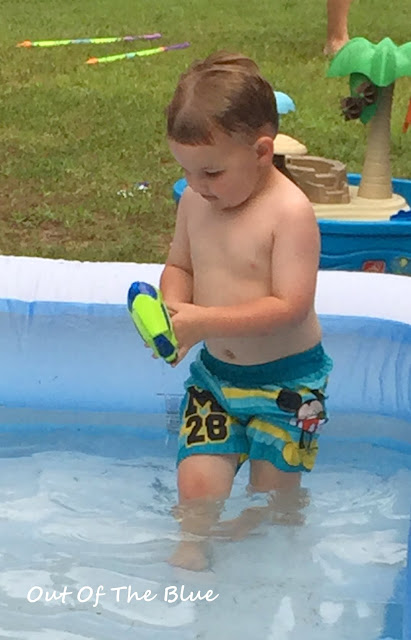 He quickly figured out that he needed to open a valve to fill it and plunge it under water before taking aim and bringing out the squeals of the girls (and sometimes innocent adults sitting nearby). 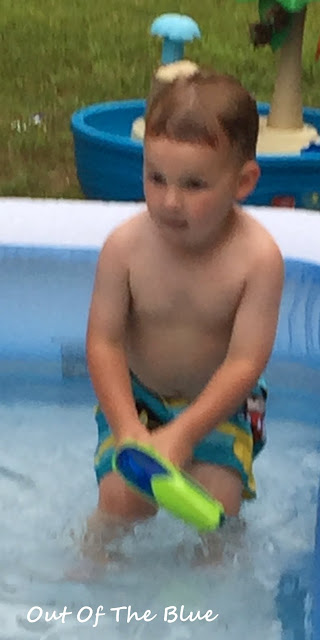 My cell phone photos may be a bit grainy but I think the concentration and determination on Harris's face comes through clearly! 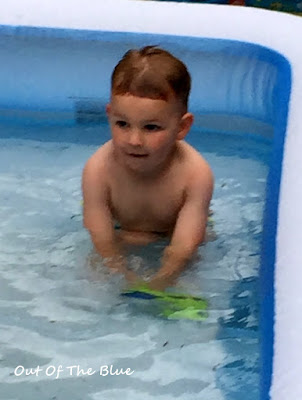 As soon as it was empty, that meant it was time to refill and contemplate the next course of action for generating the most splashes...and squeals!

Email ThisBlogThis!Share to TwitterShare to FacebookShare to Pinterest
Labels: grandchildren