A couple or three months ago I shared a Kitchen Project where Mike got one of his wishes.  This is an off-shoot of that post.

Mike wanted a TV in the kitchen since I joined him in this house.  I must admit, I've grown to like it and it is a nice convenience.  After the much-larger-than-I-anticipated wonderfully sized TV was mounted between the window and the china cabinet, I thought there needed to be some sort of artistry to balance out the look.  I scoured the local consignment/antique/thrift stores and found nothing that I thought would be just the thing.  Then, I remembered that I once had an old flour sack that might work hanging there.  So, I dashed home and began digging to look for Martha White.

I acquired the flour sack years and years and years ago when I was about nineteen.  Some crazy fellow was serving in a leadership role in the state Holstein Association (my Daddy) and thought a friend and I were qualified to head-up the planning and executing of the junior part of the convention.  I'm not so sure I was qualified at the time but I did learn a great deal from the experience!  One of the treasures I took away was the flour sack.

I had lots of dealings with the kitchen/banquet/chef at the Opryland Hotel where the convention was held.  There were many behind the door meetings with the food crew, the table set-up crew, and the chef.  At the end of the convention, the chef I worked with most presented me with this flour sack and a few other locally produced goodies which were representative of Opryland (which was a theme park at the time).  I've held on to the flour sack for years and now it has found a wonderful home.

Here is how I created art work out of the old flour sack: 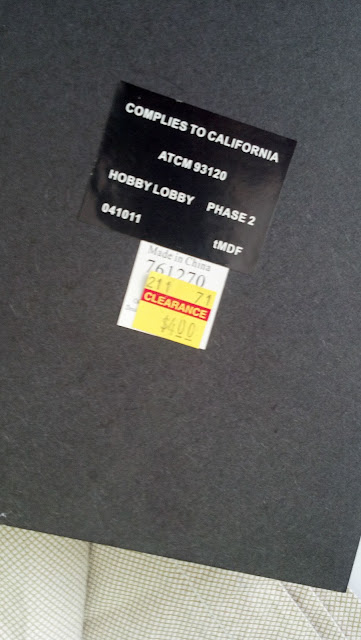 This was amazing for a frame that size.  Especially when I looked to see what the original price marked happened to be:
﻿ 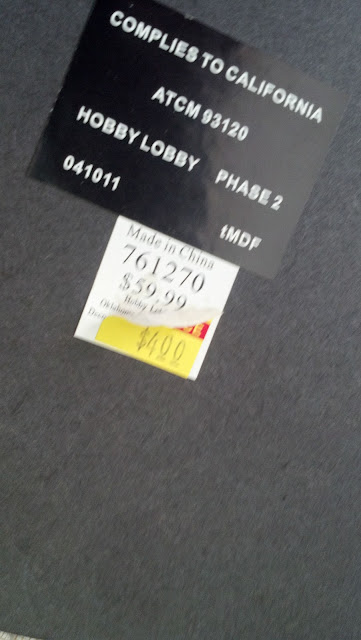 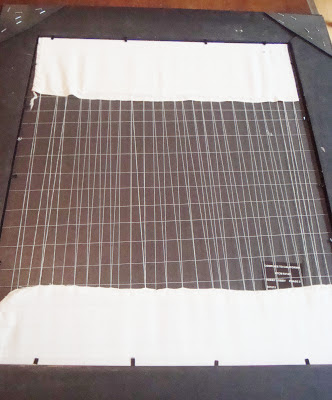 See all the little criss-crossed threads?  It was rather time-consuming.  It was necessary on the sides because the flour sack just barely covered the board when stretched from side-to-side.  Plus, the excess at the top and bottom wanted to bunch-up and not lay flat or to droop when I hung it.
Plus, it has turned into quite a conversation piece. 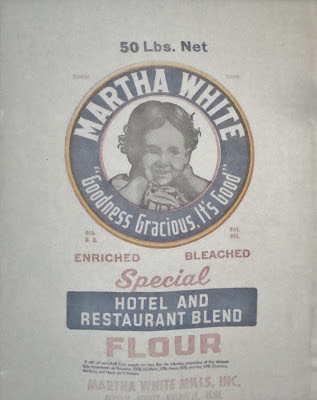 I am wondering if I should get a piece of glass to put over the front to help keep it clean. 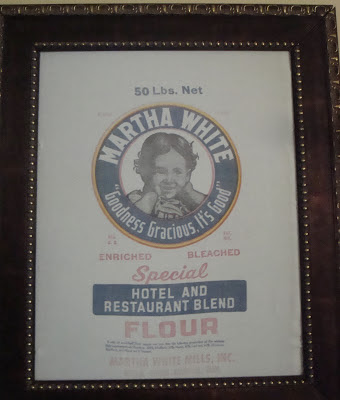 What do you think?  Glass or leave it as is?  I'm not really certain.  It is washable but I don't want to wash it unless it is a have-to case because I don't want the printing to wear off.  Here it is in it's finished state: 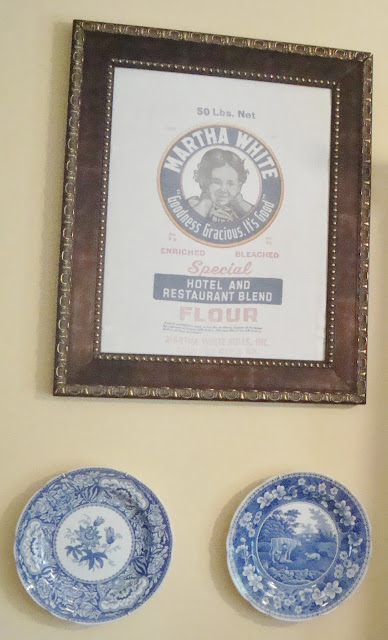 I love how it carries the primary colors that I use in my kitchen decor.  Here is a shot of the entire wall. 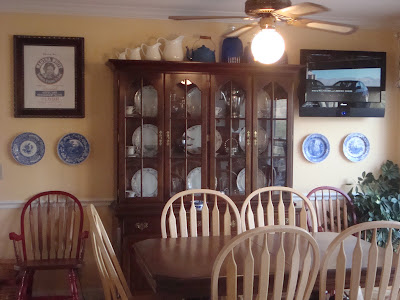