After all, I am a southern girl.

So, I speak southern.

Yesterday, Mike informed me that I am a redneck.

I told him that I like to think I am someone who knows how to make do.

I told him that I like to think my recent project showed ingenuity.

I told him that I like to think my recent project is what is part of a current trend of up-cycling.

You see, with the onset of cooler weather, the pesky flies have been finding their way into the house.

you know that there tend to be lots of flies.

Usually those pesky things will stay out at the barn and only one or two will sneak into the house.

When the weather starts to chill a bit, they become desperate and start to seek warm shelter in order to survive.

...and I've been fighting them.  I've declared war.

So much so that my handy, dandy, dollar-store fly swatter had become...

...well, a bit worn...a little wobbly..to be perfectly honest, it was falling apart!

So, being the frugal, DIY-er, who knows how to make do, I didn't make a special trip to the dollar store to get a replacement.

No, not me.  Instead, I used my ingenuity and up-cycled. 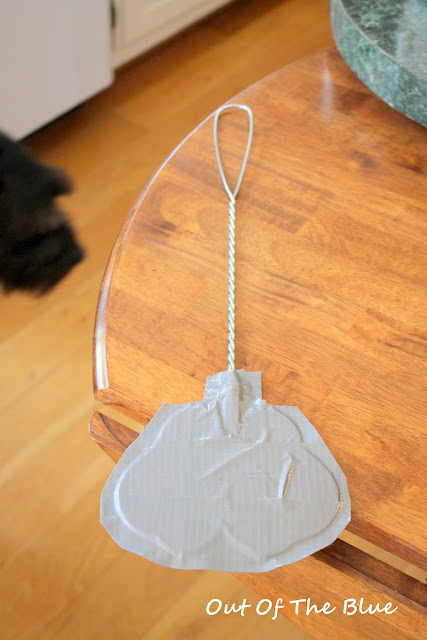 Posted by Beverly Noland Ozburn at 7:00 AM